“And what’s with that terrible temper?”, Pixie often asked herself.

Yet, she was almost positive that Daniel was the reason Issac and Shark rambled at the outskirts of their territory. This irritating, vexing behavior literally and figuratively tested her boundaries.

“Okay, boys! This time, you are not getting it easy!”, growled Pixie as she noticed Isaac and Shark staring at her from behind Daniel’s building block.

Image by Free-Photos from Pixabay

And she was right. Daniel was Marshall’s new challenge. Rigid and stern, with a difficult character – if put nicely, and a total schmuck – if put candidly, he was out of the dog’s world of generous benevolence.

Despite the team’s knack for solving hopeless cases, they sniffed the difficulty in this one.

“Are we up to the task at hand?” pondered Isaac thinking about their course of action, while Shark was more concentrated on pestering Pixie.

He did it just for the sake of it.

He just couldn’t stop himself and loved how Pixie got triggered by his shenanigans. “It is so effortless!” thought Shark.

He enjoyed diverting Pixie’s attention while Isaac approached Daniel’s window to explore and gain more information about their latest task.

“This case is a pressing matter,” pointed out Marshall as he was filling Isaac and Shark with details about Daniel’s love conquest the morning before.

“We have a tough nut here. He is handsome and difficult. A nasty combination. I’ve overheard girls talking about him. They say he is one of the hottest guys in the “Demure”, but they don’t like having to do anything with him”, he added.

“Humans have a funky take on attractiveness, Marshall.”

“Yes, Isaac, as we’ve already seen so many times by now. They rarely tend to scratch beneath the surface. And when things get tricky, we need to intervene and, hopefully, play the savior role.”

”Demure? What a weird name for a night club!”, thought Isaac. 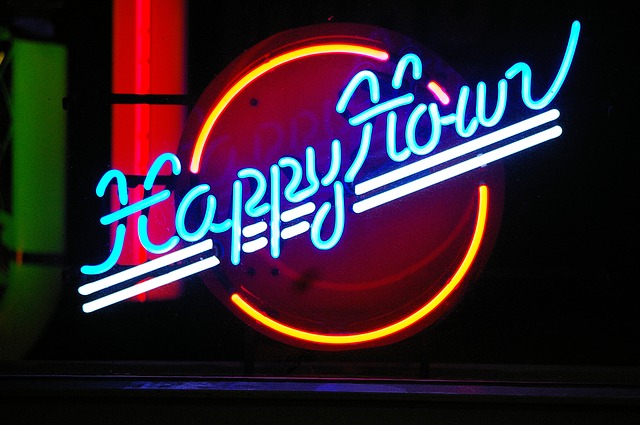 Image by Thanks for your Like • donations welcome from Pixabay

The club was dim-lit and painted in a mysterious violet nuance, but there was nothing bashful or demure about it. Isaac knew all too well about bouncers’ busy Friday nights. Or, better to say – mornings.

The 2 am to 3 am window was the most chaotic period of the night.

It was the end of the night for the first-shift partygoers and early night boozers. And it was high time for random drop-ins.

People were getting in and out at the same pace. Bouncers struggled to keep things calm, as the two rows were at their lowest tolerance levels for patience.

The newcomers wanted to catch the best of the Friday night party while the second group was too wasted to stay calmly in line. There were a few occasional throw-out cases, too.

Isaac couldn’t help but notice that Daniel was among the jettisoned on more than a few occasions.

“Such a shameful, pitiful energy squandering!” Isaac felt for Daniel in his dexterous ways.

“Someone with so much inward aggression must have a plethora of ghosts and demons inside”, Isaac’s suspicions about the reasons behind Daniel’s behavior started growing stronger.

“How on earth am I going to inhabit him? There will be so much resistance…The more aggressive they are, the stronger they fight… Hmmm, perhaps if I catch him on the treadmill?”, wondered Isaac.

He had this weird idea that if he caught Daniel while he was at the peak of his stamina during exercise and in his element on the treadmill, he would show less resistance.

“Will I manage to invade him faster?”, Isaac didn’t find his usual vocabulary appropriate in Daniel’s case.“

“Inhabit? Nope. Inhabitation was meant for generous and welcoming souls. Daniel is certainly not that, at least not now! Invasion sounds quite right. Invade him, it is!”, concluded Isaac.

This site uses Akismet to reduce spam. Learn how your comment data is processed.